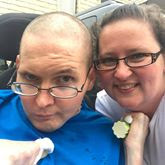 Isaiah 54:17 says no weapon formed against you shall prosper. I recall learning this scripture and committing it to memory when I was in my early 20's. It soon became one of my go-to verses whenever I faced a struggle or attack of any kind. When life hit a rough spot, I'd begin to proclaim No weapon formed against me shall prosper. And sure enough, before long the situation would resolve, I'd get it worked through, or God would deliver me out. There was always a way through and life always went on. But I was missing this one little point.

The whole idea behind this encouraging scripture is to be able to look life's struggles in the eye and declare they are not what identifies us, defines us, controls us or brings us down. We forget sometimes though that weapons will  be formed. We will face struggles. We will meet with obstacles. We will have hardships to endure. This is not a magic potion that keeps all the bad stuff from happening. It's encouragement to know that when things come at us - we will still win. Trials and tribulations are going to be part of life - but no matter what life throws at us - but we will come out as winners - as overcomers every single time.

As caregivers, we can face a lot of stuff. Every day. Personally, I struggle with depression. The aloneness and social isolation can be debilitating. The quietness of being alone can be deafening. I also struggle with fear. What am I afraid of? Pretty much anything and everything. (smile) The feelings and emotions of caregiving can make for some pretty powerful weapons for the enemy to forge against me (us?). But they are not going to win because I won in Him.

I can hold on to this scripture - and realize that weapons are  going to be formed against me. There's not a pie in the sky life that is free from obstacles, hurt, grief, problems and such. This scripture doesn't promise that there aren't struggles - it doesn't say you'll never have an attack again; or there will never be a weapon formed against you. There will always be something - but we always have the power to win.

How am I so sure we win? Because of the second part of the verse. This is the heritage of the servants of the Lord, and their vindication is from Me, declares the Lord. Vindication in this verse is also interpreted as righteousness. We don't have to work to be righteous. 1 Corinthians 1:30 says that Jesus became righteousness for us. He is our righteous covering and no matter what comes at as or what is forged against us - we are righteous in Him. Caregiving isn't big enough to change our standing in God. No struggle defines us - He does!

Today I will turn my thoughts to being hidden in Him. I'll meditate on the truth that He is my righteousness and I'll let that define me today - not the struggles. I'll be thankful today that He doesn't look at me through a lens of my struggles, but He looks at me through the righteousness he provides. He sees me righteous, holy and complete in Him, even if I feel broken and incomplete. I'll remind myself that when He looks at me - He sees me in Him and I'll trust Him for one more day. Will you join me?