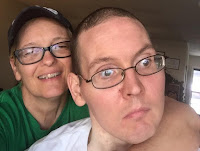 This year one thing I’ve purposed to do is read the entire Bible through again. I have done this many times in years gone by. But life happens and things change and I although I’ve read, I haven’t read it through in a year in a long time. As always, different things stand out. I’m three days in, three altars have been built each day I’ve read. I noted the first two, but when there was one in today’s passage, it caused me to pause and think.

The first altar mentioned in the Bible is right after the flood. When Noah and his family exited the ark, he built an altar. God’s response to this act of worship was to make a covenant with Noah and promise to never destroy the earth again with floods.

The second altar mentioned was built by Abraham in Geneses 12:7. The Lord had spoken to him to leave his family and he headed for Canaan. Once Abraham reached the Oak of Moreh, God appeared to him and promised him that his descendants would inherit the land of Canaan. Abraham built an altar in response. He then continued to travel on to camp between Bethel and Ai. This time he built an altar with no purpose attached except to call on the name of the Lord.

It seems to me that every time these heroes of faith moved or went through, they built an altar in worship. What can we as common caregivers take away from that? First off, I’m not suggesting going out in your backyard and building an altar! Lol. But I believe an altar represents to us on this side of the New Covenant a dedicated place of worship. As caregivers, every day we “go through.” Each day we face often seemingly insurmountable odds. But we are still in the game. We are still pushing forward, still pursuing Him. That’s monumental enough to merit an altar – in our hearts.

Today, I purpose to build an altar in my heart, a dedicated place of worship to thank God for His continuing promises to me, those ones that didn’t expire when I became a caregiver. I’ll turn my thoughts and my heart toward worship today in a new way as I let my heart become the altar and my life become the sacrifice, even in the midst of the mess. I’ll be thankful I can still worship in spirit, in purity, and in truth and rejoice that life’s circumstances cannot take that away. My heart will bow before Him today as I thank Him for one more day to serve and trust Him. Will you join me?