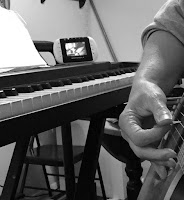 Today has not gotten off to a great start, and it’s not even caregiving that’s the problem. Sometimes I have wished that when we became caregivers all the rest of life’s “stuff” would just take a break. But, of course, that’s not the case. We must juggle caregiving responsibilities will all the norms of life too.

This morning I was trying to sort out my insurance stuff. I tried two or three things on the site, and then it came up and said I was denied, even though I supposedly had two more days to send in the next 900 forms they were requesting. Evidently, my tax forms are not enough. I’m not even sure at this point what it is they are wanting. So I called the helpline (twice) only to be sent off into some three ring circus of press this for that – chasing answers that never came. Finally, I got to push the button for a person. Expecting to be put on hold, I was instead told, “We are sorry you are having difficulty. Please call back later.” And it disconnected.

Not to be outdone, I went fishing for an email from years ago. The lady was a legal advocate and helped me sort through similar issues half a decade ago. I send her a quick note only to receive an “I’m out of the office” email. I was so excited when I saw another number I could call for assistance. (*sarcasm at its finest) I hurriedly called it and got a recording. Again. “The voice mailbox is full for the number you called, please call back later.” I had to laugh.

If you know me at all, you know patience is not one of my stronger suits. By now, I’m living. My blood pressure is shooting up and my heart has begun to jump around in my chest again (the reason I’m trying to make sure I have insurance so I can see a cardiologist!)

But in that moment, something odd happened. I realized way down inside I could hear a song rising. It was one I’d written right after my son’s wreck. Part of it goes Come to Me and rest, find shelter in my love, let Me sing over you My child…. I acknowledged the coolness of that moment and went about my pursuit of insurance coverage. But in a few minutes, I realized my heart was singing another song I’ve heard many times. You probably know it. It goes like this My fear doesn’t stand a chance when I stand in Your love.  But still, I acknowledged it and went on moving my son to his room transferring him from chair to bed to be changed and back to his chair again. Then another song was in my heart. Waymaker, miracle worker, promise keeper, light in the darkness – that is who You are.

Well, by now it had my attention and I realized it was just a small reminder that I trust in Him. Psalm 121:2 says: My help comes from the Lord, who made heaven and earth! (NLT) I think He wants me, us, to know He’s got us. No matter how rough the spot we are in right now – He is still our help. He signed up for it and He’s no quitter. He doesn’t walk out on us when the going gets tough like so many people may have done.

Today, I will remind myself that He is my help; I cannot do it on my own. I’ll be thankful for all the little reminders that He really is still in control. He did not get up off His throne or throw in the towel when life got complicated. I’ll turn my thoughts to His reminders – that I am His child. He is carrying me – He does that a lot. And I’ll be thankful that He is my waymaker, my shelter, my friend, and my light in the darkness. I’ll choose to be grateful today in the midst of the mess and I’ll trust Him – just for today. Will you join me?