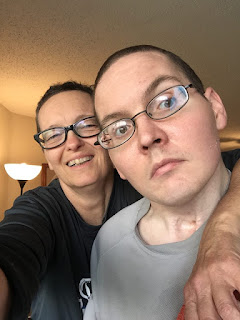 The obvious is that Joshua is old, advanced in years. I get that! I always thought it was funny that God then said the same thing to him. Joshua - you're old. LOL. Wasn't God just stating the obvious? That's not really the most important part although it is key. God went on to tell the old man that there was still a lot to do - much land to possess. Surely Joshua found that encouraging!

For a few minutes, I rolled this seemingly insignificant verse around in my head. I had tons of questions. Why did God need to remind Joshua that he was getting so old? We've talked a lot about "exclusionary statements" on this blog. I think God is giving Joshua a heads up. He is stating the obvious argument that might pop up in Josh's head. Dude, you're old.  But then He continues with the promise - and there is still a lot of land to possess. Joshua was not excluded from the promised land because he was old.

Just like God knew that Joshua was getting older, but still had so many promises to live out - He knows we are caregivers. If He was addressing us, He might say - You are a caregiver, you are overwhelmed and overloaded - but I still have many promises to fulfill in your life. It seems to be sort of the opposite of an exclusionary statement, doesn't it? God's saying- I understand who you are, where you are, and what you are doing - but there's still some promises to go claim!

Man, I found that encouraging today. After many rough days and nights life tends to dig at all His promises. Our questions turn to things like Is He still there? Does He still know me? Does He see? Does He hear? But His statement to Joshua let him know - and lets us know - He still hears and sees, but He still has a plan.

Today, I am going to guard my thoughts. I'll remind myself that God not only sees and hears- but He understands too. But He still won't take back even one of His promises to those who believe whether we are old - or caregivers - or both! I'll thank Him for His grace, patience, goodness, and faithfulness to us as caregivers and trust Him for one more day - will you join me? 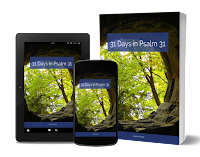 Check out all my published eBooks on Dove's Fire Ministries Bookstore. I also have a few of the devotionals and study guides in print or on Kindle and Amazon store. (New stuff coming soon to both!)