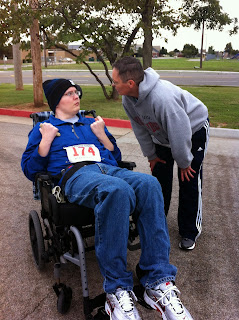 You can't really fake faith. We can't fake peace, either. We either have it or we don't. This morning, I don't feel like I have either one. Lol. Ever have those kinds of mornings? But when we know that God's peace and grace are right there, maybe just out of our soul's reach, sometimes, that is faith. Knowing that He's got us covered when we feel anything but - that really is faith.

Many times on this caregiving journey, I've been angry with God. I know, you're not supposed to say that, right? But I think God honors honesty, and I've been downright mad that He let all this happen. I'll think, I'm just not going to pray and ask Him for anything anymore. That usually only lasts a few minutes until something else comes up, and I find myself right back at the foot of His throne, asking for help, guidance, provision, or peace. Lol. That's not lack of faith - it's frustration. I really think that continuing to run back to Him shows great faith. Even when we wait.

This morning, as my emotions were all over the place, I felt faithless. As time grew near for me to do my FaceBook Live devotions, "Peace Out," I kind of felt like a hypocrite. How do I talk about peace when I don't feel like I have it? I wondered if I was being fake. Then, I thought of a story in 2 Kings 4. The Shunammite woman's son had died, and she headed to see the Prophet, Elisha. When asked how she was and how her son and husband were, she said, all is well. But it wasn't. Her soul was in distress, and the prophet sensed it and got to the real issue. Of course, her son was raised from the dead later, but at the moment, she said all is well  - it was not well at all! Was that fake? Or was it faith?

I believe it is total faith when we come dragging our tattered souls back to the foot of His throne, with maybe a little sheer determination mixed in. Whether we think we have it all together or not, God just waits patiently for us to come. We can say, in faith, like the Shunammite woman, It is well, even when we don't feel it - because we know that He has us no matter what the day brings.

Today, I will just lean in to Him a little more. I'll trust that He has my soul wrapped up securely in His grace, so I can say it is well. I don't have to fake faith - not sure that's possible anyway. With all the strength I can muster, I will trust Him for today. Will you join me?